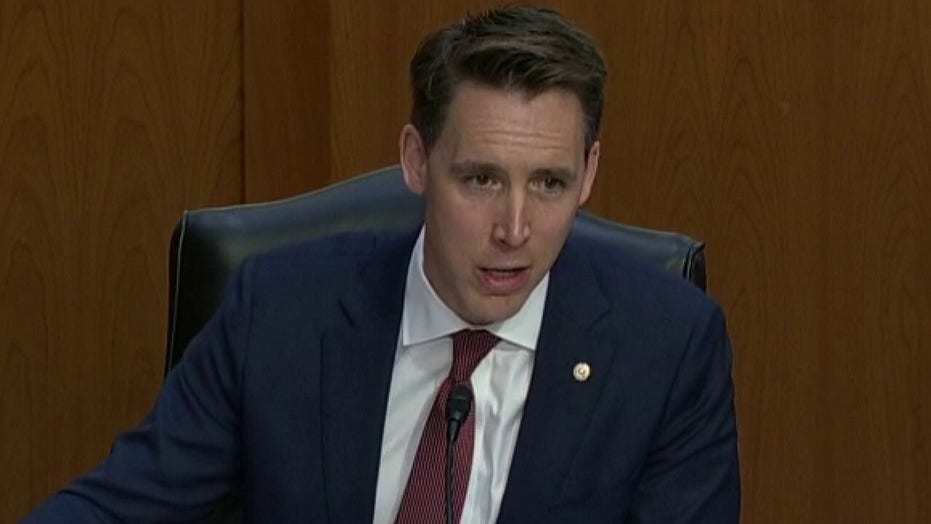 Criticism of Amy Coney Barrett's faith is 'attempt to bring back an old standard that the Constitution of the United States explicitly forbids,' Sen. Josh Hawley, R-Mo., said during his opening statements.

Criticism of Judge Amy Coney Barrett's Catholic faith is an "attempt to bring back to days of the religious test," Sen. Josh Hawley, R-Mo., said during the opening portion of Barrett's confirmation hearing on Monday.

"This freedom of conscience and religious liberty undergirds all of our other rights because it tells the government that it cannot tell us what to think or who we can assemble with or how we can worship," Hawley said. "This bedrock principle of American liberty is now under attack. That is what is at stake when we read these stories attacking Judge Barrett for her faith. That's what is at stake when my Democratic colleagues repeatedly questioned Judge Barrett and others about their religious beliefs."

The focus of Hawley's opening statement comes as no surprise. In September, he sent a letter to Senate Minority Leader Chuck Schumer, D-N.Y., asking Democrats to avoid attacks on her Catholic faith during the confirmation process.

Hawley cited comments made by Sen. Dianne Feinstein, D-Calif., about Barrett's faith during Barrett's nomination hearing for the U.S. Court of Appeals for the Seventh Circuit in 2017.

"I call on you and every member of the Democratic caucus to publicly reject Sen. Dianne Feinstein’s egregious personal attacks on Judge Barrett’s Christian faith during her previous confirmation hearings, and to pledge you will abstain from that kind of anti-Catholic, anti-Christian, anti-faith vitriol in the hearings to come," Hawley wrote. "You owe it to the country.

He added: "As you will recall, Sen. Feinstein, the most senior Democrat on the Judiciary Committee, told Judge Barrett in her previous hearings that 'the dogma lives loudly within you,' a clear and condescending disparagement of Judge Barrett’s Catholicism."

Hawley, a conservative freshman senator, said in July that he will vote against any Supreme Court nominee who hasn't publicly come out against the 1973 Roe v. Wade abortion decision.