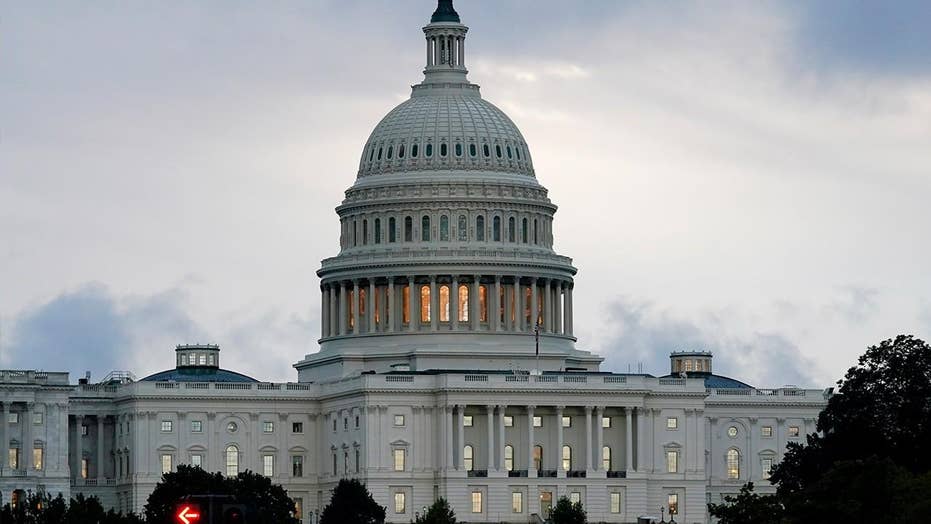 Sources tell FOX Business’ Charlie Gasparino many Republican senators worry about the deficit while some past stimulus money hasn’t been spent.

The White House's latest coronavirus relief deal offer got shot down by both House Democratic leadership and Senate Republicans Saturday.

"This proposal amounted to one step forward, two steps back," Pelosi said in a letter to her Democratic colleagues Saturday.

But in a sign of hope Pelosi said she's still communicating with the White House on finding a breakthrough deal to help American workers and businesses still reeling from the pandemic.

"At this point, we still have disagreement on many priorities, and Democrats are awaiting language from the Administration on several provisions as the negotiations on the overall funding amount continue," Pelosi wrote.

The senators made clear to the White House they want a targeted plan that addresses the needs of families, small businesses and schools, and would reject a "Pelosi wish list," a source familiar with the call told Fox News.

Mnuchin on Friday made the biggest offer yet to Pelosi, at between $1.8 and $1.9 trillion, according to Tyler Goodspeed, acting chair of the White House Council of Economic Advisers.

It included a reload of the Paycheck Protection Program, an employee retention tax credit, a second round of direct stimulus payments, and support for the airlines and school reopenings, Goodspeed told Fox Business Friday.

It marks an increase from the $1.6 trillion the administration had previously proposed.

"We think that this was a very solid offer, and it's up to the speaker to be reasonable," Goodspeed said.

Pelosi outlined in her letter the faults with the White House's latest offer:

"At this point, the Trump proposal is insufficient in meeting families’ needs, in stark contrast to the Heroes Act, which secured tens of billions for direct relief and refundable credits," Pelosi wrote in reference to the $2.2 trillion legislation the House passed.

For months, Congress has struggled to reach an agreement on additional stimulus. Negotiations first collapsed in early August, prompting Trump to sign four executive measures intended to provide relief to families still reeling from the virus-induced crisis, including temporarily extending supplemental jobless aid at $300 a week.

But that aid is beginning to expire, and lifelines that propped up the economy in the early weeks of the pandemic — like the $670 billion Paycheck Protection Program, a one-time $1,200 stimulus check and sweetened unemployment benefits — lapsed weeks ago.

Although Democrats and Republicans broadly agree that another bill is necessary to aid the economy's recovery, they sharply disagree over the size and scope of it. House Democrats passed a $2.2 trillion aid package last week, and the Trump administration countered with a $1.6 trillion plan. Pelosi rejected that as "inadequate" before the White House came back with the higher offer.

Talks appeared to hit a dead end on Tuesday when Trump tweeted that he had instructed Republicans to halt negotiations until after the election, jolting Wall Street and sending stocks tumbling. But he swiftly reversed course, initially calling for piecemeal legislation, then renewing a push for a broader deal.

"The president wants to do a deal," White House economic adviser Larry Kudlow said during an interview with FOX Business' Stuart Varney.

Any bill still needs to get through the Democratic-controlled House and the GOP-controlled Senate, where Republicans are expressing concern about another massive spending initiative amid the nation's ballooning deficit, which is projected to hit a record-shattering $3.3 trillion this year, according to the Congressional Budget Office.

TRUMP REJECTS DEMS' CORONAVIRUS RELIEF PROPOSAL, CALLS OFF NEGOTIATIONS 'UNTIL AFTER THE ELECTION'