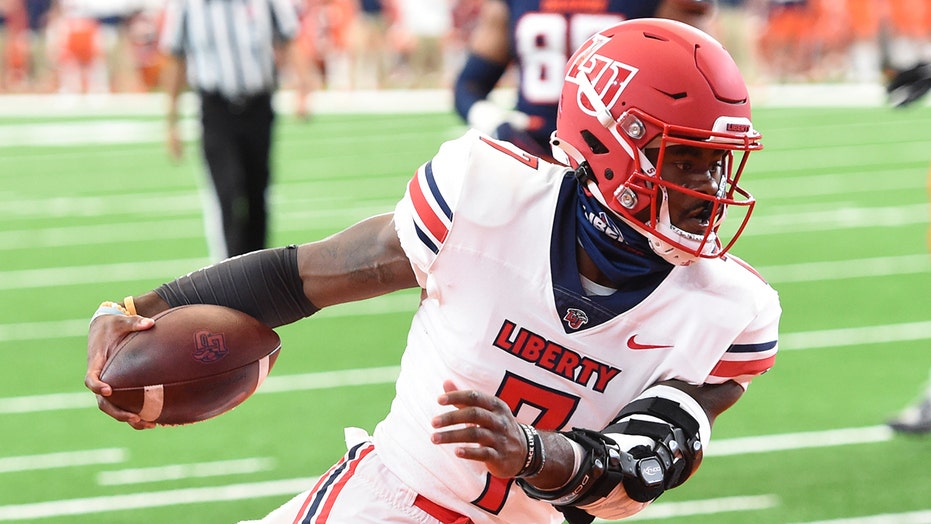 Seldom-used running back Shedro Louis scored on touchdown runs of 75 and 52 yards, quarterback Malik Willis passed for one and ran for another score and Liberty stayed undefeated, downing Syracuse 38-21 Saturday.

It was Liberty's first win against an Atlantic Coast Conference team.

Louis' previous game high was 57 yards against North Alabama earlier this season. His longest run from scrimmage was 30 yards in the same game. Entering the contest, Louis had just 23 carries for 140 yards in his career.

Willis was 16 of 20 passing for 182 yards with one touchdown pass, and added 58 yards on the ground. DJ Stubbs had four receptions, including a 36-yard touchdown in the third quarter. Peytton Pickett, who added 115 yards rushing, scored on a 16-yard run. Alex Barbir had a 20-yard field goal.

Rex Culpepper, a redshirt senior making just his second career start for the injured Tommy DeVito, was 19 of 40 for 211 yards passing and three touchdowns for Syracuse, which is off to the program's worst start since 2008. He was sacked three times, bringing to 24 the number of times Syracuse quarterbacks have been tackled for a loss, the most in the nation. Syracuse also hurt itself with 10 penalties.

Taj Harris and Anthony Queeley had career highs with nine and five receptions, respectively, and one touchdown apiece. Tight end Aaron Hackett scored on a 12-yard pass from Culpepper.

The game was tied at 7 midway through the first quarter. The Flames scored 28 unanswered points to blow the game open.

Liberty: Things are looking good for the undefeated Flames, who head home with a full head of steam and a new home run threat on offense, Shedro Louis.

Syracuse: Things go from bad to worse for the Orange, who are decimated by injuries and face a huge mismatch Saturday at Clemson. Realistically speaking, Syracuse's best chance for a win comes at home against Wake Forest in two weeks, but even that could be out of this team's grasp in what looks like a long, bleak season.

Syracuse: The Orange faces its most formidable task of the young season Saturday—a road matchup against top-ranked Clemson.